A New York production company is offering an online chance to invest in its latest musical. 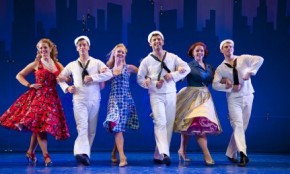 Maxolev Productions is using a variation of crowdfunding to raise money for its revival of the 1944 musical On the Town that features a score by Leonard Bernstein and lyrics by Betty Comden and Adolph Green.

But, unlike most crowdfunding proposals, investors will actually own a piece of the show.

It’s not cheap. The minimum investment is $10,000 and investors have to meet other financial conditions.

Maxolev says it plans to raise most of its $8.5-million budget through traditional Broadway investors. But it hopes the plan will broaden the pool of potential backers for future shows.

On the Town opens in the fall.