E-cigarettes could soon be banned in the same places in Toronto as conventional cigarettes. 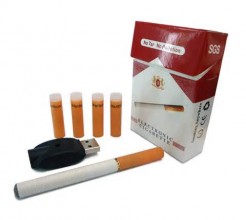 Toronto’s medical officer of health is recommending the city ban electronic cigarettes wherever smoking is prohibited if the provincial government does not restrict their use by next February.  A report to be considered by the city’s board of health on Monday, says there are possible health risks associated with exposure to second hand “vapour”.  Electronic cigarettes known as e-cigarettes are battery operated devices that mimic the use and sometimes the appearance and taste of conventional cigarettes.  They do not contain tobacco and produce vapour instead of smoke when used.