Toronto police were at City Hall to look into the alleged threat but there’s been no evacuation order.

Mayor Rob Ford says the threat was sent in an e-mail to his councillor brother Doug, who’s also his re-election campaign manager and to the office of the deputy mayor, Norm Kelly. 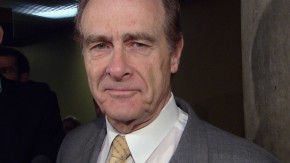