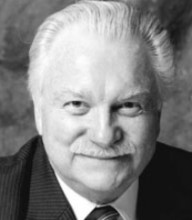 He performed at major theatres throughout Canada and starred in TV series, including ”Lassie,” in which he played Doc Stewart.

He was a staunch supporter of performers’ rights, helping establish the Canadian Actors’ Equity Association and Montreal arm of the Alliance of Canadian Cinema, Television and Radio Artists (ACTRA).