He made his fortune building office towers, shopping centres and hotels in Canada, the U.S. and Israel. 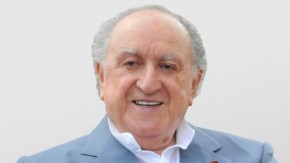 Billionaire and philanthropist David Azrieli has died at his summer home north of Montreal at the age of 92.  Born in Poland, Azrieli fled the country at 17, eventually immigrating to Canada in 1954.  During the Second World War, Azrieli lost his parents, a brother, and sister in the Holocaust.  As a true zoomer, Azrieli graduated with a master’s degree in architecture from Carleton University in 1997 at 75.  Carleton’s architecture school was renamed after Azrieli after he made a substantial donation to his alma mater.

The Azrieli family is worth an estimated $2.9 billion and, according to Forbes, is the 12th richest in Canada.  The $400 million shopping, business and entertainment skyscraper complex in Tel Aviv is called The Azrieli Centre.

Azrieli began a sizable foundation in his family name.  The foundation focuses its efforts on education, Holocaust commemoration, research and the arts.  Forbes says he gave $560 million to the foundation last year.  A $5 million donation from Azrieli helped create Concordia University’s Institute of Israel Studies in 2011.

Azreili was named to the Order of Canada in 1984 and to the Quebec equivalent in 1999.