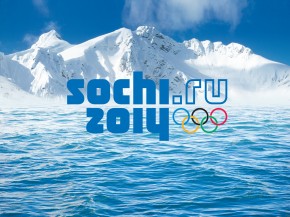 Canada’s medal count in the 2010 Vancouver games was third overall with 26 medals; 14 gold, 7 silver and 5 bronze.  Marcel Aubut, president of the Canadian Olympic Committee, says Canada’s goal is to contend for the most medals over the next 16 days.

On the eve of the opening ceremony, members of a group called TO with Russia gathered last night outside the Russian consulate on Bloor Street to voice their concerns over Russia’s anti-gay laws.  The online search engine Google has added its voice to the chorus of companies speaking out against Russia’s law that bans so-called pro-gay propaganda.
The company has transformed its home page into a show of support for gay rights with a doodle depicting athletes against a rainbow coloured backdrop.  Below the logo is a two-sentence section of the Olympic charter that begins, “The practice of sport is a human right.” See the logo here.