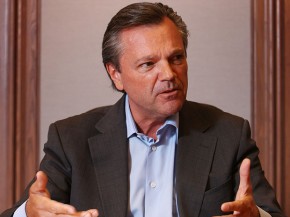 After nearly two decades in politics, Frank Klees says he won’t be running in the next provincial election.  The Newmarket-Aurora Progressive Conservative MPP says he told PC leader Tim Hudak of his decision yesterday, but says he will serve until the next general election is called.  Klees once made a run at federal politics for leader of the former Canadian Alliance Party. Recently, he has been instrumental in uncovering the gas plant scandal and the questionable conduct of former Ornge CEO Chris Mazza.

In a statement, 62 year old Klees says “leaving politics is a very difficult decision, but I’m convinced it’s the right time for me to move on to the next chapter of my life.”  Klees is also a self made millionaire businessman.