MULTIVITAMINS DON'T BLOCK DISEASE, IN FACT JUST THE OPPOSITE WITH SOME: NEW U.S. RESEARCH 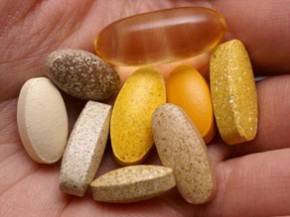 There’s more disappointing news about multivitamins.  Two major studies have found popping the pills did not protect the brains of aging men or help heart attack survivors.  A sharply worded editorial in the journal Annals of Internal Medicine says evidence is sufficient to advise “against” routine vitamin supplementation.  In fact, Doctor Young-In Kim at Toronto’s St. Michael’s Hospital says other than vitamin D, Omega 3 and fish oil, “studies have show that there are adverse effects from too much vitamins.  For example, anti-oxidant vitamins, vitamin A and vitamin E can actually promote cancer growth.”

With Alzheimer’s on the rise as the population ages, Harvard researchers were curious if long term multivitamin use might help keep older brains agile.  They examined a subset of nearly 6000 male doctors, age 65 or older, who were part of a larger study.  The men were given either multivitamins or placebo pills.  After a decade of pill use, the vitamin takers fared no better on memory or other cognitive tests.  Researchers agree, diet and exercise are more protective.