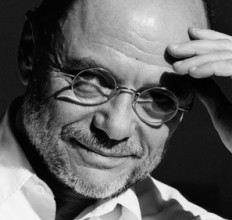 The term zoomer has only been around for five years, but ZoomerMedia Founder Moses Znaimer says the movement has been going on for decades.  “When the boomers were discovered and first understood as a generational phenomenon, they were young,” Moses explained to the New AM 740’s Goldhawk Fights Back,  “And so what everybody decided about them was that they were young.  And I, in my early days, gave them youthful media in the form of CityTV, MuchMusic and so on.  But what was really important about them, was not that they were young, but that they were the largest generation ever created.”

So as the boomers began to age, Moses says it only made sense to continue to cater to them.  “If they were important then because they were a large generation, why aren’t they important now because they/we are still the largest generation?”

And that’s when he had the epiphany for the term zoomer.  “I believe I coined it.  I certainly had the flash that Znaimer and boomer makes zoomer.  But that seemed a little immodest and so I’ve gotten into explaining it as an amalgam of boomer and zip because it projects what we’re trying to get at which is we’re not aging the way we used to age as recently as a generation or two ago.”

You can read more on Moses Znaimer’s Zoomer Philosophy in Chapter 38 Report from the Revolution – Looking Back in the latest Zoomer Magazine.