It appears the creators of the hit series Downton Abbey have more to tell. 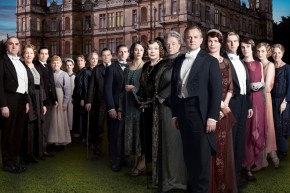 Britain’s ITV says it has commissioned a fifth season of the popular period drama set in a British country estate. As with the first four seasons, the new episodes will be written by series creator Julian Fellowes.

British viewers got to see Season Four this fall. It will debut in North America next year. In Canada, Downton Abbey runs on Vision TV.

Meanwhile, one of the former members of the cast has finally received his wish. Dan Stevens, who played Matthew Crawley, famously told his agent after a couple of seasons to find him a comedy role somewhere as a break from the intensity of his role on the series. He’s finally getting his wish. Stevens will appear in the movie Night at the Museum 3 with Ben Stiller and Robin Williams. It begins filming early next year.