Nearly 27,000 people were at Scotiabank Arena Sunday to roll up their sleeves and get vaccinated against COVID-19. 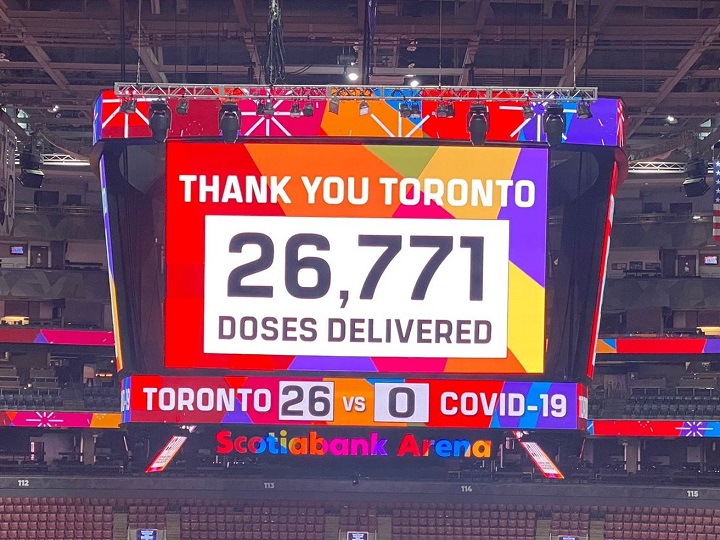 Organizers say the 26,771 doses given out at the event dubbed “Our Winning Shot” was a one-day North American record.

Toronto mayor John Tory was one of the people getting his second shot.

“I had my first dose with Astrazeneca, I had my second dose with Moderna,” said Tory, who was administered his second dose early in the day. “I want people to know because this is so important–because there are people that have a lot of questions about this, it’s been a bit confusing but it’s safe to do what I did and what some of you did. I wouldn’t have done it if it wasn’t safe.”