The Canadian Armed Forces have officially ended their operations inside long-term care homes in Ontario. They were initially called in to support seven facilities dealing with outbreaks mostly in the Greater Toronto Area. They released a report that sent shock waves through the province, detailing horrifying conditions and failure to follow health protocols. The Ford government is expected to launch a commission into the state on long term care sometime this month.

“We’ll be coming out with that very, very shortly, I just want to make sure we have the right folks and the right person leading this,” Ford told reporters at his daily pandemic briefing. 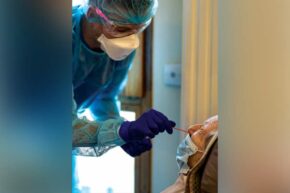 Meantime, there’s been no announcement yet on when the province will enter stage three, but Doug Ford confirms it will be the final stage and that all businesses will be included. However, large events like concerts and sporting events will continue being restricted.