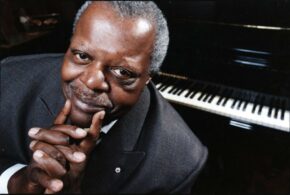 The widow of the late jazz great, Kelly Peterson says that as trustee of his estate, she’s always looking for ways to further his legacy and welcomes the effort to see her late husband recognized. The petition asks his name appear on the Lionel-Groulx metro station in the Montreal neighbourhood where Peterson grew up.

But the City of Montreal and the transit agency say re-naming a metro station is complicated and not likely to happen.

A spokesman said stations are typically named after the streets or nearby landmarks but added officials would be open to finding a different way of honouring the jazz legend whose career spanned more than 60 years.