CHAMPION OF CANADIAN COMPOSERS HAS DIED AT 96

The Toronto Symphony Orchestra is mourning the loss of conductor Victor Feldbrill, a longtime TSO collaborator. He was 96. 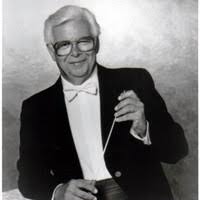 Victor Feldbrill’s association with the T-S-O spans more than 70 years, first conducting in 1943 when he was just 18.

In addition to his roles with the Winnipeg Symphony Orchestra and the TSO, Feldbrill was a guest conductor with every major orchestra in Canada.

A fierce champion of Canadian music, he last appeared with the TSO in 2017, when he conducted concerts for the Canada 150 project when he 93.

Victor Feldbrill has died at the age of 96.