BODYBREAK'S HAL JOHNSON SAYS IT WAS STARTED TO COMBAT RACISM

You know him as the co-host of the popular long running Canadian fitness program Body Break. 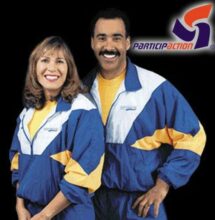 Now, Hal Johnson is speaking out about workplace discrimination he experienced in the ’80’s and how his popular fitness show with his wife Joanne McLeod  came about . In a video posted to  Youtube Hal talks about being refused a job at TSN because he was told the station already had “one black sports reporter.”

TSN today issued an apology calling it a shameful part of their past and thanked Hal for sharing his story. 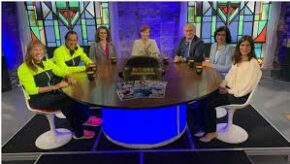 Always a positive force, Hal was a guest on ZOOMER TV, to share fitness tips for the 45-plus crowd.

Johnson and McLeod partnered with the government program ParticipACTION to produce 65 Body Break episodes that ran for years on Canadian T-V.

Hal is a guest tomorrow, Wednesday June 17th, on Zoomer Radio’s Fight Back with Libby Znaimer.