Kissel, his wife and some friends were ou 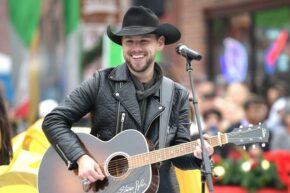 t watching an Edmonton Oilers hockey game when they heard sirens. “They were so loud and so close that we could hear it over the music,” Kissel said in an interview. The Alberta native who lives part time in Nashville, said much of his neighbourhood was left in ruins. Tornadoes killed at least 22 people across Tennessee and shredded at least 140 buildings.