After looking in the rear view mirror, the province says it will “eventually” replace the defective licence plates. The problem was first raised over the weekend when an off-duty police officer posted a picture of an unreadable plate in a well-lit parking lot at night. House leader Paul Calandra says the Ford government will have to  recall the newly issued plates that are difficult to read in low light but didn’t offer a timeline. 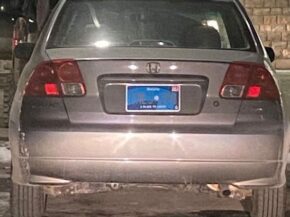 The Ford Tories acknowledged the province continues to distribute the faulty plates to drivers and could not immediately say how many of the new plates have been distributed since February, when they were first released.