The winners of the Polar Music Awards have been announced. The Swedish award is  often referred to as the Nobel Prize for music. American songwriter Diane Warren and Russian soprano Anna Netrebko are this year’s winners. 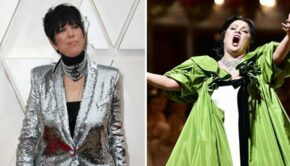 The judges paid tribute to Warren calling her “a master of writing for the human voice”.  They described the soprano Netrebko as larger-than-life who keeps the classics alive, sells out every performance and also catches the attention of audiences new to opera. The prize recognizes one classical artist and one contemporary musician each year.The winners each receive $103,520 U-S. The award ceremony is in Stockholm on June 9th. Previous winners include Sting, Patti Smith, Paul McCartney and Joni Mitchell.