World leaders warned of rising anti-Semitism around the world at the Holocaust Forum in Jerusalem. Many of the 50 leaders spoke at the event, that marks 75 years since the liberation of the Auschwitz death camp. All were united in condemning the murder of 6 million Jews by the Nazis during World War II, and in vowing to learn from the past. Britain’s Prince Charles appeared to snub U-S Vice-President Mike Pence during, apparently skipping over Pence when shaking hands with other officials. However the Prince’s office is denying a snub, saying the two men shook hands following Pence’s speech.

In his address, Charles said hatred and intolerance still lurk in the human heart. The Vice President has extended an invitation to Netanyahu and his main political rival to visit Washington next week. The proposed meeting is reportedly aimed at discussions over the prospect of peace with the Palestinians. 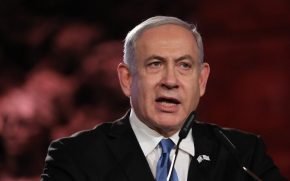