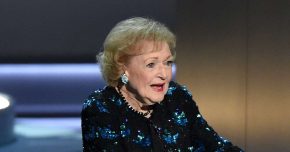 Her legendary Hollywood career spans 80 years and includes her ’70’s breakthrough role as Sue Anne Nivens on The Mary Tyler Moore Show to Rose Nylund on the Golden Girls in the 80’s. The long time animal rights activist says retirement is not in her vocabulary. Recognized as the first woman to produce a sitcom in Life With Elizabeth, which aired from 1953 to 1955, white received her first Emmy nomination for her work on that series. She credits her long health life to her optimism. She was married to  TV game show host Allen Ludden for 18 years until his death in 1981.