Beginning in the new year, it will be legal to ride electric scooters. 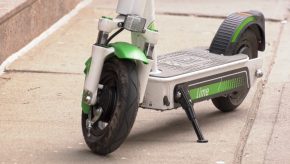 The province is launching a five-year pilot project that will allow those older than 16 to use the two-wheeled vehicles on roads. Currently the scooters are illegal anywhere except  private property. Drivers will also have to wear a helmet and their vehicles will need to be equipped with a horn or bell along with front and rear lights. But New Democrat Joel Harden says the pilot has raised serious concerns among people with disabilities who worry that sidewalks will be more crowded and dangerous. Harden adds the project was rushed through.