While still devastating, the heist at the Green Vault in Dresden, Germany may not have been as devastating as first thought. Museum officials say thieves got away with fewer pieces of the vault’s collection of 18th century jewels, grabbing only what they could reach through holes punched with an axe into three display cabinets. The thieves did take a large diamond broach and other treasures that the museum describes as culturally priceless. The items, part of a collection created in 1723 are so recognizable that thieves are likely to break them up. Police have released a series of photos of the stolen jewels and appealed for witnesses. 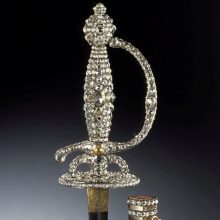 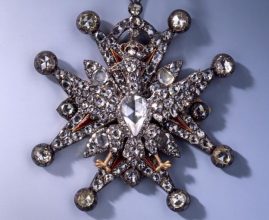