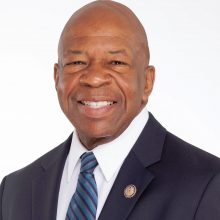 He was a frequent opponent of U.S. President Donald Trump. Longtime Maryland Congressman Elijah Cummings has died at the age of 68. A statement from his congressional office says Cummings died early today from complications related to longstanding health challenges. Cummings came to the defence of his district a few months ago when Trump attacked Baltimore as`rat infested and a place no one would want to live. Elijah Cummings was first elected to the U-S House in 1996. Cummings is being remembered as a fighter for the rights and dignity of the marginalized and often forgotten. His widow, Maya Rockeymoore Cummings who chairs Maryland’s Democratic party, calls her late husband “an honourable man who proudly served his district and the nation with dignity, integrity, compassion and humility.”