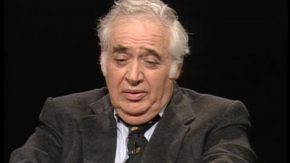 Bloom wrote the best-sellers “The Western Canon” and “The Book of J” and “The Anxiety of Influence.” The acclaimed author of more than two dozen books, took great pride in making scholarly topics accessible to the general reader. Despite health issues, he continued to write and teach until just a week before his death. Bloom said he discovered reading as a child and could absorb 1,000 pages at a time. He has been affectionately called the “King Kong” of criticism admitting he disliked the Harry Potter books and was not happy when horror writer Stephen King received an honourary National Book Award. He died Sunday in a Connecticut hospital.