A trip the the art gallery can be transformative and Toronto’s Art Gallery of Ontario is promising just that with its new exhibit ‘EARLY RUBENS.’ Sasha Suda is curator of this North American debut of Rubens, one of the most revered painters in Western Art. Suda says this 17th century Baroque artist had qualities rare among the masters. In addition to painting, Rubens was also an entrepreneur, diplomat, scholar, politician, ambitious and kind-hearted. With a thriving art studio, and a team of artists, Rubens stamp was evident on every piece sold, not unlike a more contemporary artist, Walt Disney. Rubens was known for his his bold, swift strokes and he loved drama reflected in his art of mostly the human form. 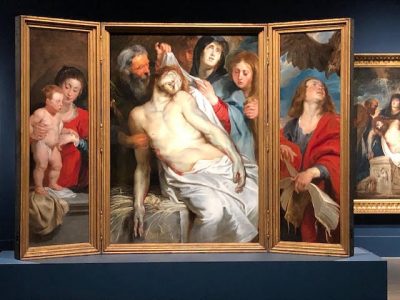 To enrich the experience, there will be a series live in gallery music performances. The Choir of St. James Cathedral, under the direction of Robert Busiakiewicz, will perform October 12th and 13th at the AGO, featuring a composition by Toronto grammy-award winner Owen Pallett.

For more information, visit
Listen to a report from Christine Ross.