TALKS RESUME TO AVERT A SCHOOL STRIKE IN ONTARIO

This will be an anxiety-filled weekend for parents of school aged children across the province. The province and the union representing education workers are now meeting behind closed doors to hammer out a deal to hopefully avert a strike Monday. Prior to the beginning of Friday’s 4:30 p.m. negotiating session, Education Minister Stephen Lecce and CUPE’s Laura Walton were sounding hopeful a deal could be reached before a strike midnight Monday. If there’s no deal, dozens of school boards have announced school will be closed Monday leaving parents scrambling to find child care. There’s now a media blackout in place until talks either breakdown or a deal’s reached so listen to Zoomer Radio and Classical FM news clssical fm News throughout the weekend for any updates. A strike would also impact city run programs within Toronto schools. 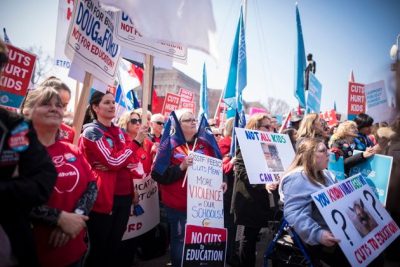