Canadian writer Michael Crummey’s new novel The Innocents is getting all kinds of buzz. The book is has already been shortlisted for both the Writers Trust and Giller Prize. Now, it’s been chosen as a finalist for the Governor General’s Literary Awards. The Newfoundland author recently sat down with Classical FM host Mike Duncan to talk about his latest literary offering, described as a complex and harrowing tale of survival of two young siblings. Crummey says he was inspired to write the book after finding an article in the archives about two abandoned and isolated young children coming to terms with their sexuality and the complexities of navigating from childhood through to adolescence. 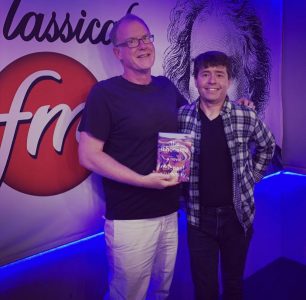 The winners of the Governor Generals award will be announced October 29t and later celebrated by Governor General Julie Payette during a ceremony in Ottawa. Each winner will get $25,000
and finalists each receive $1,000.