This will be an emotional day for Prince Harry. Like his late mother, Princess Diana, the royal is lending support to efforts to de-mine parts of southern Africa. In 1997, Diana made news headlines when she walked through an active mine field in Angola. Her actions started a global ban on the deadly weapons. The prince spoke with local community members in Angola ahead of his visit. The southern African nation is now years past a bloody civil war and hopes to be land mine-free by 2025. 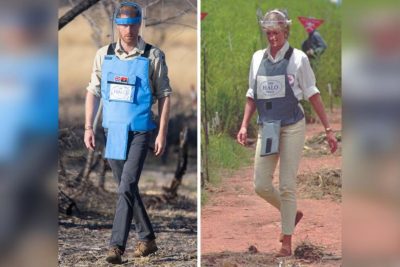