In an unprecedented move, the union representing Ontario’s secondary school teachers says it wants the bargaining process with the government to be transparent. To prove the point, OSSTF president Harvey Bischof has released a list of negotiating proposals for teachers and support staff after accusing the Ford government of not negotiating in good faith. Among the items on Bischof’s just released public list of negotiating points: a minimum number of support staff at school boards, one early childhood educator for each kindergarten class. Contracts for high school teachers expired in August but the union says there are no immediate plans to strike. 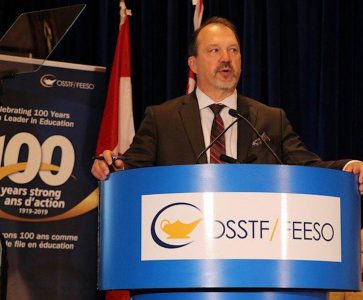