A day of action on climate change is being marked around the globe as millions including in Toronto, are taking part in a day of global demonstrations against climate change in the run-up to a United Nations summit in New York. More than 30 heads of state and government have signed an appeal for greater action to fight climate change. It was circulated by Austria’s president ahead of next week’s U-N conference. The Initiative declares that climate change is the key challenge of our time. The Toronto District School Board is one of several institutions taking measures to support students who plan to walk out of class as part of this worldwide demonstration. A note sent home to parents says students will receive no academic penalty for taking part in climate rallies and that schools have been asked to avoid scheduling tests and other assessments today. 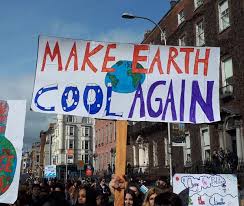