Tributes are flooding in for celebrated Canadian author and conservationist Graeme Gibson. The Canadian novelist and longtime partner of Margaret Atwood had been suffering from dementia. 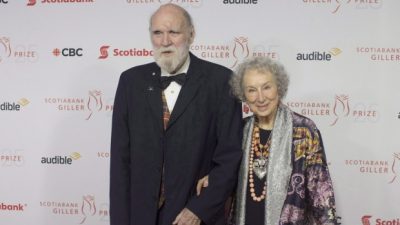 Gibson died Wednesday in London, where he had accompanied Atwood for the release of her latest book. In a statement, Atwood said that she and other family members were devastated but also grateful for his wise, ethical and committed life. Among other titles, Gibson wrote Five Legs and Perpetual Motion and was active with numerous organizations including PEN Canada and the World Wildlife Fund. Gibson has a daughter with Atwood and two sons from a previous relationship. Graeme Gibson was 85.