Legendary Canadian jazz musician Vic Vogel has died at the age of 84. The pianist, conductor and composer, is best known for music from Expo ’67, and the 1976 Montreal Olympic Games. 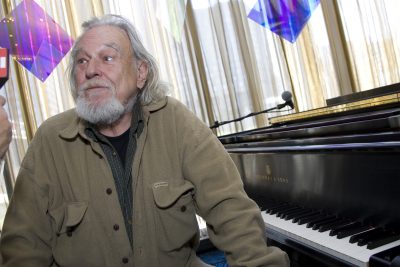 Vogel also founded and conducted Montreal-based ‘Le Jazz Big Band’ for more than 50 years. Vogel was also a philanthropist who helped send used pianos and other instruments to musicians in Cuba. His death was announced on Facebook: “We are saddened to announce the passing of Vic Vogel, a sacred monster of Canadian jazz music. He died Monday morning of September 16, 2019 at 9:35 am in his Montreal home alongside his mistress, his piano Steinway on which he played since the age of 16 years.”