The Trudeau government has to make the formal election call by Sunday at the latest, but the campaign is pretty much underway already. 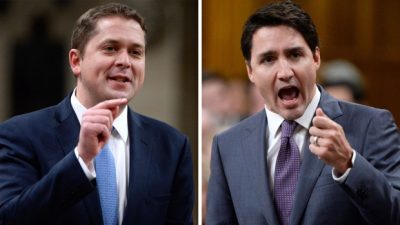 The Conservatives will formally launch their campaign Wednesday after the N-D-P did so on the weekend. But the attacks have already started. First, the Liberals released an old video of Andrew Scheer speaking out against gay marriage. Now, the Conservatives are firing back, by highlighting a Facebook post from three years ago from a Liberal candidate. In responding to the death of Cuban dictators Fidel Castro, Ottawa Liberal Heather Megill wrote “long live the revolution.” The conservatives call it disgusting that Justin Trudeau allows his party to call for political violence pointing out that the PM himself praised Castro as a legendary revolutionary.