Former White House communications director Anthony Scaramucci has some tips for the next prime minister of Canada on how to deal with Donald Trump. Stay out of his field of vision and exercise restraint, because the U.S. president is in “severe mental decline.”Scaramucci, who served under Trump for eleven days before getting fired, was speaking on the sidelines of the Toronto Global Forum. He believes that Prime Minister Justin Trudeau and Foreign Affairs Minister Chrystia Freeland have been “masterful” in their dealings with Trump and should be applauded for negotiating a new North American trade deal. Scaramucci added that Trump is intimidated by Trudeau, who is “strikingly good-looking” and athletic and the U.S. leader is the “opposite of all that.” The former White House insider also said that Trump is in a “full-blown meltdown” and it’s will get way worse. 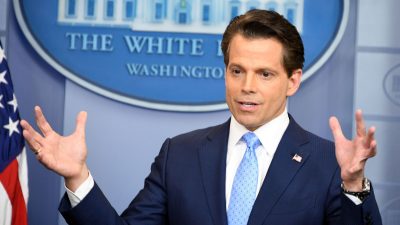