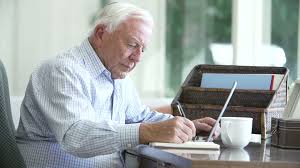 Remember those days when it was all about “Freedom 55”?

Sure, we’ve known that for most that was just a dream, but when exactly can most Canadians retire?

According to a senior economist for Indeed, BMO Nesbitt Burns, folks have two choices, save more or work later in life.

In a broader study on the impact of falling interest rates, Robert Kavcic says most Canadians are choosing the latter.

He says when interest rates are so low; the incentive to save is reduced.

The flip side is that the number of those aged 65 and up who are working has more than doubled the level of 10 years ago.

Asked whether Canadians are working longer because they have to or want to, Robert Kavcic says it’s a bit of both.

A recent report from Equifax Canada showed seniors continued to lead the way when it comes to rising loan delinquency rates.