Amazon’s mistake is somebody else’s good fortune. The online retail giant is apologizing for a technical error that resulted in copies of Margaret Atwood’s new book The Testaments being sent out early. Amazon says a small number of customers who received it posted photos of social media. The year’s most anticipated novel was tightly embargoed which is common for non fiction but rare for fiction. The official release date for The Testaments is Tuesday. It’s Atwood’s sequel to The Handmaid’s Tale. It’s already in development as a TV series and was shortlisted for the coveted Booker Prize. 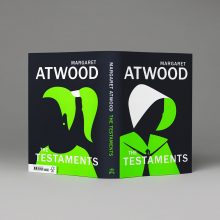