ROAD SAFETY TOP OF MIND AS MILLIONS HEAD BACK TO SCHOOL 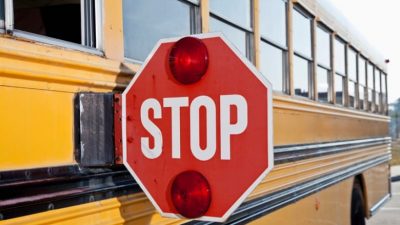 Millions of students across Ontario returned to class on Tuesday.

With more people out walking and cycling, and more vehicles on the roadways, police services across the province were pushing messages of road safety, especially in school zones.

During a news conference on Tuesday, Mayor John Tory encouraged drivers to slow down and pay particular attention to young ones heading off to school.

“The biggest responsibility must rest with car drivers because they are driving powerful vehicles that are heavy and protect them when they are in those vehicles, unlike other people who are using the public space (such as) pedestrians and cyclists who are not as well-protected.” said Tory during the news conference outside of Oakridge Junior Public School in Scarborough.

Mayor Tory says as part of the city’s Vision Zero Road Safety Plan, he is so forging ahead with a plan to place 50 photo radar cameras in school zones but he is still awaiting approval from the Ford government.