The federal government is investing $54 million dollars over the next three years to help Ontario reduce gun and gang violence. Federal Crime Reduction Minister and former Toronto Police chief Bill Blair made the announcement and added that gang shootings have nearly doubled in the past five years. 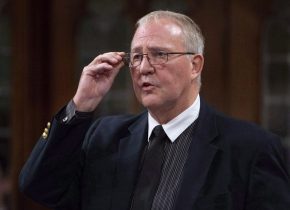 Ontario Attorney General Doug Downey says the new money will help support initiatives already started across the region like bail teams that ensure courts know the public risk of an accused and to support victims of violence. Minister Blair says this new funding is in addition to $11 million announced earlier this year for the province and the $1.5 million the feds gave the city of Toronto two weeks ago for crime reduction.