HOT ENOUGH FOR YOU?

July either equalled or was the hottest month in recorded history.It followed the hottest June ever recorded. The United Nations says the data is especially significant because the previous hottest month, July 2016, occurred during one of the strongest El Nino’s ever, which was not the case this year. 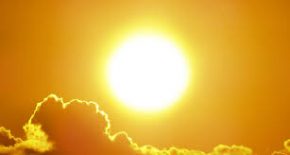 Meantime, the heat wave that smashed high temperature records in Europe a week ago is now over Greenland, where it’s causing massive ice loss in the Arctic. About 82 per cent of Greenland is covered in ice, but the area that’s showing indications of melt has been growing daily and has now hit a record. The Danish Meteorological Institute says 56.5 per cent of the Greenland ice sheet showed signs of melting yesterday. That number is expected to expand and peak today, before cooler temperatures slow the pace of the melt.