Oscar-winning actress Faye Dunaway has been fired by producers of a one-woman show set for Broadway this season. 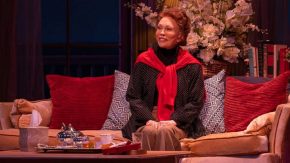 The 78-year-old, who has a reputation of being difficult to work with, was set to star in Tea at Five, a play about Katharine Hepburn. The producers announced the decision to remove Dunaway, without explanation, in a two-sentence statement. Dunaway is more recently well-known for the 2017 Oscar flub when she announced the wrong movie title as the winner of best picture. Dunaway won an Academy Award in 1977 for Network. She’s appeared in five Broadway plays, most recently in 1982.