Alexander Neef is leaving Toronto and heading to Paris. The 45-year-old general director of the Canadian Opera Company is the new director of the Paris Opera starting with the 2021-22 season. 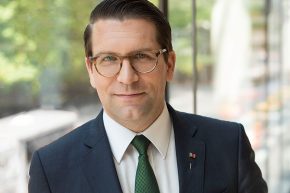 Paris holds particular significance for the Neef who began his career at the city’s renowned international opera house as head of casting from 2004 to 2008. Neef says he’s inspired by the challenge of preserving that company’s rich history and tradition, while seeing it evolve in a fast-changing arts and culture landscape. He adds that the COC has been his home for more than a decade and he’s humbled and honoured by the support he’s received in Toronto. The Opera National de Paris is one of the oldest and most distinguished opera houses in the world. Neef took over as General Director of the Canadian Opera Company in June 2008. He begins his new position in Paris in time for the 2021/22 sesaon.