The blame game is underway with the impending loss of over 500 jobs at Bombardier’s plant in Thunder Bay. 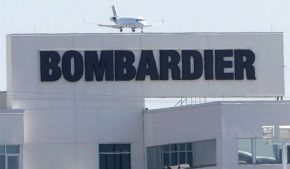 Federal Labour Minister Patty Hajdu says jobs could be saved if Ontario Premier Doug Ford’s government moves faster to apply for federal transit money. But Ford is fighting back, saying his government stepped up to the plate months ago with a multi-billion-dollar transit expansion plan, but is waiting for Ottawa to sign off on it. Ford says the federal Liberals should have committed funding to the province’s Toronto area transit expansion plan if they wanted to save jobs. Meantime, the layoffs were discussed at the Premiers meeting in Saskatoon. They say cuts are due in part to the Trump administration’s “Buy America” rules. Quebec Premier Francois Legault says the premiers want Justin Trudeau to step up. Host Premier Scott Moe says tougher procurement rules in the U-S make it harder for Canadian companies to compete.