More trouble for the Doug Ford government as it tries to move on from a patronage scandal. 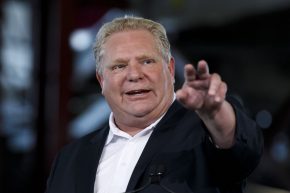 A leaked report from a Conservative MPP slams changes to the province’s autism program calling it the toughest and most damaging file the first year in office. The internal memo says the Ford government botched its new autism funding model and mislead the public about wait times. The Premier has responded to the charges saying the MPP’s suggestions are welcome but that the government will continue to follow the advice of experts in the field. Lisa MacLeod was demoted from the ministry responsible for the autism file in the recent cabinet shuffle and is now Minister of Tourism, Culture and Sports. The June 13th report is addressed to both the Premier and his former chief of staff Dean French.