Vice-Admiral Mark Norman is retiring from the Canadian Forces. 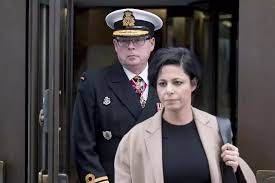 Norman was second-in-command of the military when he faced breach of trust charges in connection with a leak of information to a navy shipbuilding contractor, but the charges were eventually dropped. He had expressed a desire to return to duty when he spoke publicly after the charges were dropped. The Defence Department says Norman is choosing to retire and that his lawyers and those for the government arrived at a mutually acceptable agreement. The details are confidential and it’s not clear if it precludes him from talking.