Doug Ford continues to clean out his office after news Tuesday that yet another family member of the Premier’s former chief of staff was handed a government job. The premier’s office issued a statement saying it has spoken with Katherine Pal, niece of Dean French, and that her resignation is effective immediately. The NDP is calling it another “gravy train” appointment. French resigned as the premier’s chief of staff last Friday shortly after Ford revoked two other lucrative appointments with reported ties to French’s wife and son. As a result of the scandal, the Premier has order a review of all pending appointments. 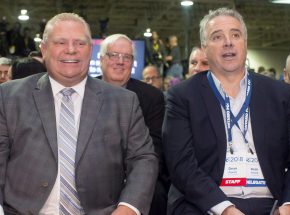