Canadian opera star Measha Brueggergosman is recovering from heart surgery, and thanking fans for their support. 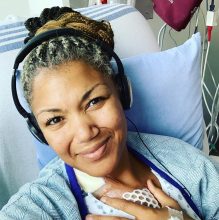 The Fredericton-born, Nova Scotia-based singer posted on Facebook that she received the double bypass surgery at a Calgary hospital. The surgery comes 10 years after undergoing a similar procedure when the soon-to-be 42-year-old underwent successful open-heart surgery in June 2009 to repair a dissection in her aorta. The singer wrote that the latest procedure left her heart better than she could have ever hoped or prayed for. The operation took five hours to perform on Thursday. Brueggergosman said she is on the mend and able to walk around the nurses station at the hospital.