The federal election is still four months away, but the campaigning is in full swing. Federal NDP leader Jagmeet Singh unveiled his party’s vision in the run up to the October vote in Hamilton at a party convention. 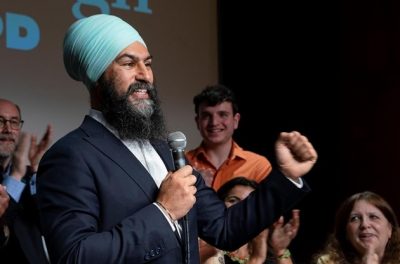 The policy document  NEW DEAL FOR PEOPLE or NDP for short, deals largely with healthcare and proposes a massive expansion to include comprehensive pharamcare, hearing-dental-eye care to mental health care. Singh says if elected, his party will inject $10-billion dollars annually into pharmacare and said it would save families an average $500 peryear. To pay for it, Singh is proposing raising corporate tax on the wealthiest. He also announced the NDP would declare a public health emergency for the opioid crisis on Day 1 in government.