HALF OF BELOVED '60'S COMEDY/SINGING DUO DIAGNOSED WITH ALZHEIMER'S DISEASE 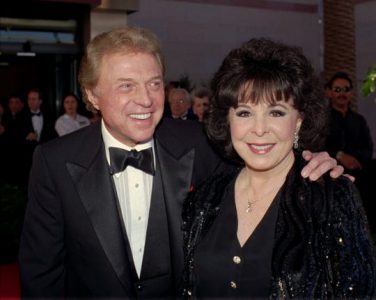 The 83-year-old has been has been diagnosed with the early stages of Alzheimer’s Disease. Lawrence performed on T-V shows, in night clubs and in Las Vegas with his late wife Eydie Gorme and the duo was known simply as Steve and Eydie. The crooner is known for solo hits like the ballad Go Away Little Girl. Lawrence says he’s trying to spend as much time as possible with family and friends and doesn’t want pity or sympathy and adds he’s being treated with medications that have helped to slow down the disease.