Toronto-based sports columnist Cathal Kelly  has won this year’s Stephen Leacock Medal for Humour. The Globe and Mail writer won the $15,000 for his memoir “Boy Wonders.” In the book, Kelly writes about growing up in the 1970s and ’80s and the geeky pop-culture obsessions of his youth. The runners-up are Calgary-based writer Ali Bryan for her portrayal of family life in “The Figgs” and comedian Mark Critch for his memoir “Son of a Critch” who each receive  $3,000 for making the short list. Named after famed Canadian humorist Stephen Leacock, the prize is awarded annually for the best book in Canadian literary humour. 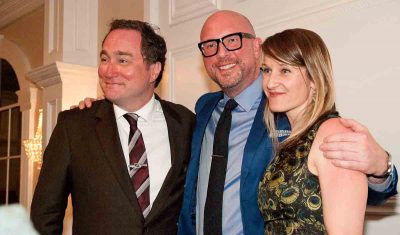