The Tony Awards will be held Sunday from Radio City Music Hall in New York. James Corden steps back into the role of host this year, for the 2nd time. 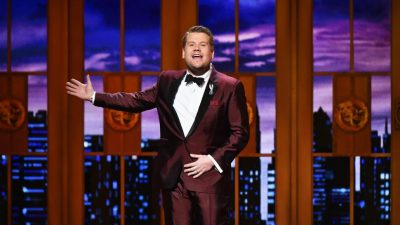 The late night talk show host may seem like an old pro but even he gets nervous with more than a case of the butterflies. It got so bad he sought advice from a professional who taught him that being nervous can be a good thing, because it means you want to do your best. Corden is not planning anything too political for the big who and isn’t worried about any online hate. He admits he’s braced for the inevitable criticism awards hosts usually face online but is really just hoping the audience will find joy in it. The Tony’s recognize excellence in Broadway Theatre.